I sat there, watching the women’s gymnastics all-around final, amazed by the strength, poise, and enjoyment of the US gymnasts. The room was quite, everyone biting their lips, wishing no one would fall. Then it came, that nagging, “Man, her body” followed by someone else commenting on her muscular legs, and just like that the attention of the whole room was diverted from concentrating on the impressive routine being performed, to commenting on the performing athlete’s body….. and affecting everyone in the room’s body image. Just as we always do, we start complaining about how our legs aren’t so strong, how they aren’t so tanned, how they aren’t so great. And with one seemingly innocent off-handed remark, a room full of 20-something women hate their bodies because they just compared them to teenage athletes. But not just any teenage athlete, the elitest of elite athletes.

Over the past week, I’ve been watching event after event of these exceptional athletes, many of which have that ideal body society tells us we need, and therefore we envy it. Not only have I been viewing these bodies for hours each day (yes…. Olympics junkie right here), but I’ve seen these strong athletic bodies in just swimsuits, leotards, and midriff baring spandex (because aerodynamics or something for track athletes, right?). The more I see, the more my friends see, the more we’re unhappy with our own bodies. Just like that, our body image goes down the crapper.

Even me, who studies body image, who knows that these athletes train hard for many hours each day, who has a generally positive view of my own body (well, most days) fall in to the destructive comparison trap. It’s their job to train and with training hard comes physiological changes. Physiological changes that most people envy, because being able to exercise for over an hour most days of the week is a luxury for the rest of us.

It’s infuriating how we focus so much on the body, not the ability or the function of the body today. These elite athletes who are fitter and more talented in their area than what, 99% of the rest of us, are still criticized for not having a ‘hot enough’ body. These critics suck, and should be punished by having to train like an athlete, just so they can see just how hard it is to get to where they are. I hope that would shut them up because being an elite athlete is HARD in itself.

I’m not going to stop watching the Olympics, it’s exciting to support our talented athletes who represent America well, both with their talent, and their humility & grace. Watching athletes, in complete shock and excitement after reaching their wildest goals with a giant win, see all their hard work and sacrifices pay off on the biggest stage is so wonderful; and I feel proud to be able to watch from my couch. From now on, I’m going to focus on what they’re doing, celebrate their wins, mourn their shortcomings, and be mindful of when my mind wanders to my insecurities. From now I’ll stop those thoughts in my head and shared from those around me. The triumphs of our Olympic athletes should be celebrated and NOT DIMINISHED by focusing on how they look while dominating. Because looking ‘hotter’ doesn’t increase their focus, their capabilities or their speed. When we comment on their appearance, we actually do the opposite. No one is as confident or as focused when preoccupied by their appearance. So stop it!

Welcome! I’m Rebecca, a food loving dietitian. On Nourish Nutrition, you’ll find real, quick, and nourishing recipes for one that'll get you to want to cook for yourself, because you deserve it.

This site uses Akismet to reduce spam. Learn how your comment data is processed. 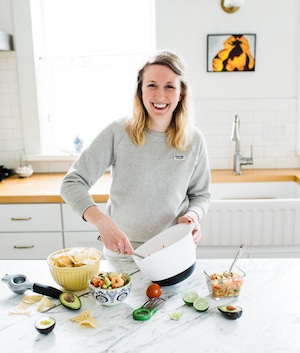 Welcome! I’m Rebecca, a dietitian & lazy home cook. On Nourish Nutrition, you’ll find quick, delicious recipes for one person to get you excited to cook at home. 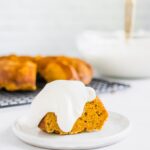 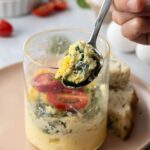 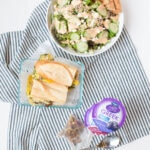 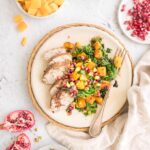 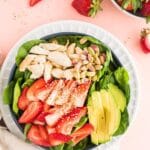 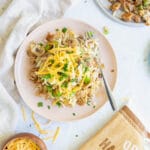 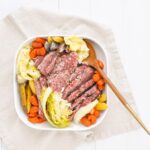 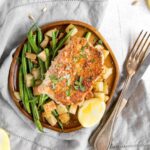 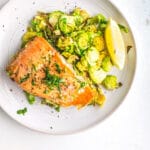 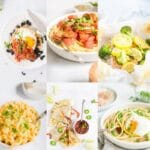 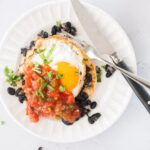 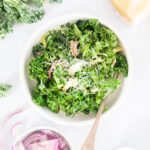 BUT don't want to plan out your meals? SIGN UP to download my free Pantry Essentials Checklist to throw together easy & delicious meals on the spot